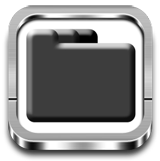 cleanTabs is one of our top selling stacks and we have received tons of requests over time, which has led to a huge update adding some awesome new features and some compatibility fixes.

Backdrop is a new stack that makes it easy to create high quality backgrounds. Just drop the stack into your project, add layers and arrange them to create stand-out sections. With a few simple clicks you can beautiful and unique designs.